I was in a tight spot and needed to schedule my move at the last minute and with some unusual constraints. All of the people I worked with at Quality Services Moving were very friendly and professional and worked very hard to help me complete my move quickly and without any issues.

Careful, professional and cleaned up after the move

Mike came out to talk to us about our moving needs, and assess the cost of moving all our furniture and possessions from Northern Virginia to Florida. He was very thorough and gave us a great price. We met the moving truck in Florida. Tyler, Nick, Ronny, and, Gary showed up on time and got right to unloading the truck. They did a great job. They were careful, professional, cleaned up after the move, and put furniture that had to be taken apart back together again. It could not have gone any better. I highly recommend Tyler and his associates and Quality Moving.

Larry Reid and D’Andre Coleman from Quality Services Moving in Lorton Virginia did a fantastic job moving me from Springfield, Va. to Fredericksburg, Va. They were very careful with all my belongings and got everything in and out of the house and into the apartment in a timely and efficient manner. Overall, the move went about as smoothly as I could have hoped. They were cooperative, friendly and well-organized. I would highly recommend Quality Services Moving to anyone involved in a move.

Took Care of Everything We Needed

We had QS move our office and they did an absolutely phenomenal job! The guys were great to work with and really took care of everything we needed. We definitely would recommend them! 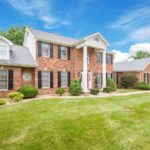 Residential
No matter the size of your home or the distance of your move, we offer the same personalized care and attention to detail for every customer’s needs. Our experts can facilitate your move to an apartment, house, or large estate. Get a free, personalized estimate from our experienced moving consultants who can help you relocate across the globe or just around the corner. 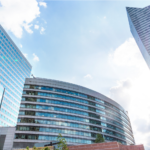 Corporate
Whether you’re moving the newest member of your team or relocating your entire organization, Quality Services Moving brings you the latest in logistics, technology, and communication. We bring these capabilities to you in concert with our most important asset, our people. Our highly-trained drivers, crew members, logistics staff, and customer care coordinators work around the world to make sure your belongings are handled with attention and care. 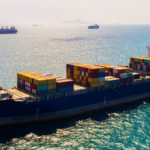 International
At Quality Services Moving, we believe that despite the extra work that goes into moving internationally, the process should be straightforward and smooth from start to finish. We’re proud to offer full-scale residential, corporate, and government international moving services in Northern Virginia and around the globe. 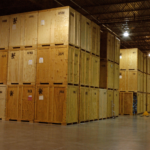 Storage
Moving without a lot of notice? Quality Services Moving has more than 100,000 square feet of secure, clean, and temperature and humidity-controlled warehouse facilities to store your items until they’re ready to be transported. We are your one-stop-shop for your storage and moving requirements, and we don’t use third-party vendors.

Quality Services Moving has more than 20 years of packing and moving experience. We strive to make the moving process as smooth as possible, whether you’re moving down the street or across the country. We specialize in all elements of moving household, office, commercial and industrial goods, and will work with you one-on-one to create a customized moving plan to suit your individual needs. We are dedicated to your satisfaction from the moment you contact us for a quote all the way through to when you unpack the last box in your new home. If you need assistance with senior moving in the Northern Virginia area, contact us today at (888) 776-6846 for your free estimate!